Home » About Us » Our People » Staff in Timor-Leste 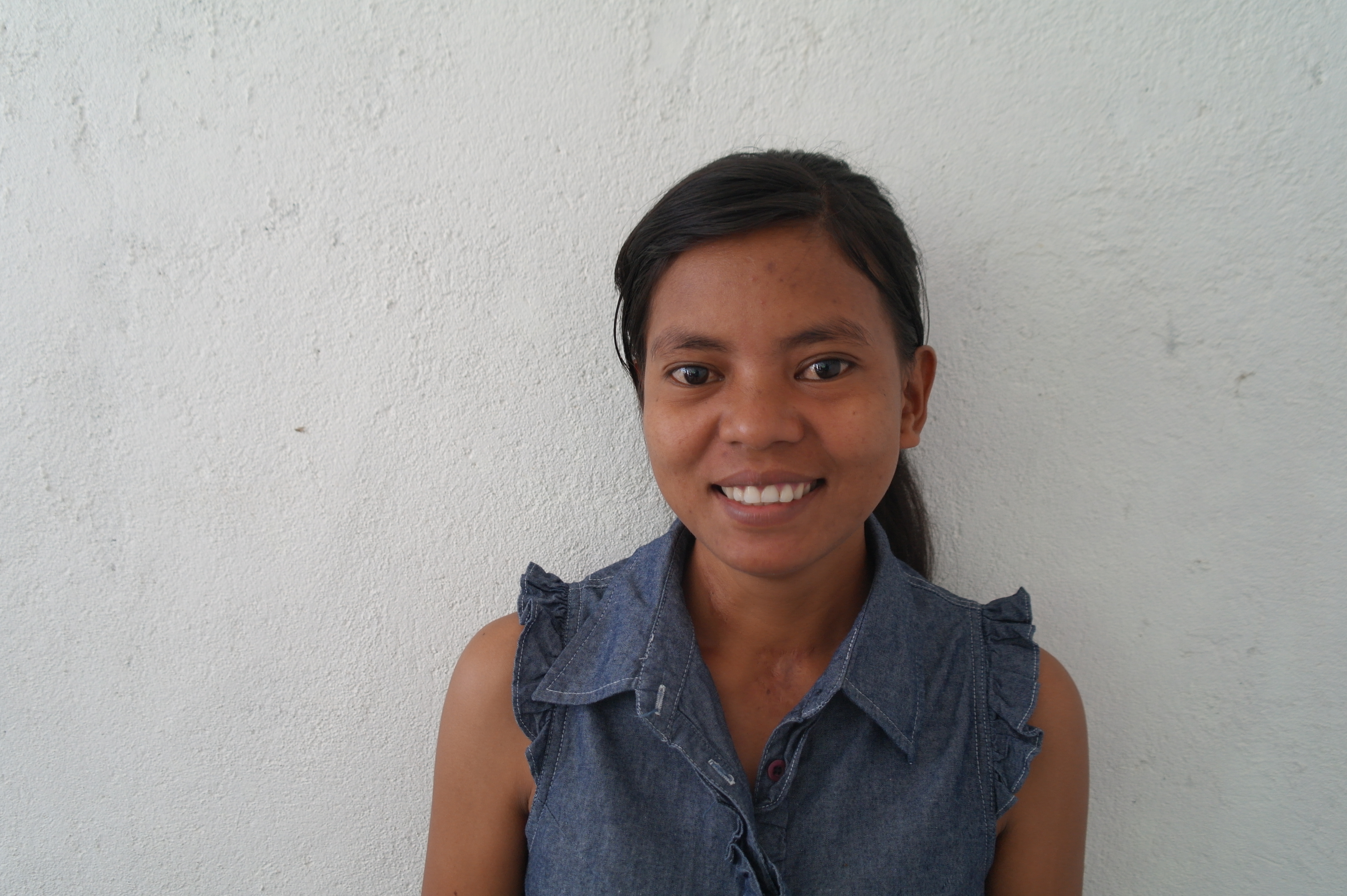 Nelinha has worked for MHI since 2012, managing the office and supporting our projects. In 2016, she was promoted to Team Leader, managing a team of three full-time staff and various casual contract staff and volunteers. While at MHI, she was awarded a Matadalan Ba Malu English training scholarship at RMIT English Worldwide in Melbourne, where she spent three months studying in Melbourne and learning about a number of local government arts and culture initiatives in Australia. Previous to joining MHI, she studied Public Health at the University of Timor Leste, then worked at PLAN International for five years in Hygiene Promotion and as a Youth Trainer and Mentor in the youth development program Buka Moris.
Contact Nelinha: admin@manyhands.org.au.

Thomas has worked with MHI since 2010, in various roles including Interpreter, Project Assistant, Health Promotion Officer, and most recently as Community Engagement and Impact Officer. He made a significant to the establishment of  the National Alliance for Tobacco Control (http://www.aliansanasionaltl.com), a civil organisation network working to eliminate tobacco related disease. He studied at Deakin University in Melbourne, Australia in 2014 and 2015, developing new skills in English language, health promotion and research and continued his English training at Lorosa’e English Language Institute (LELI) in Timor-Leste in 2015. Prior to independence in Timor Leste, he worked in the forest industry in Indonesia and upon the restoration of independence in 2002, he returned home where he worked for various NGOs in the area of Children’s Rights (collaboration with UNICEF, local youth and Chefe de Sucos) and Women’s Empowerment, in the Lautem District. Thomas is also actively involved in the Seventh Day Adventist mission in the Lautem District in gospel ministry and training. Contact Thomas: health@manyhands.org.au 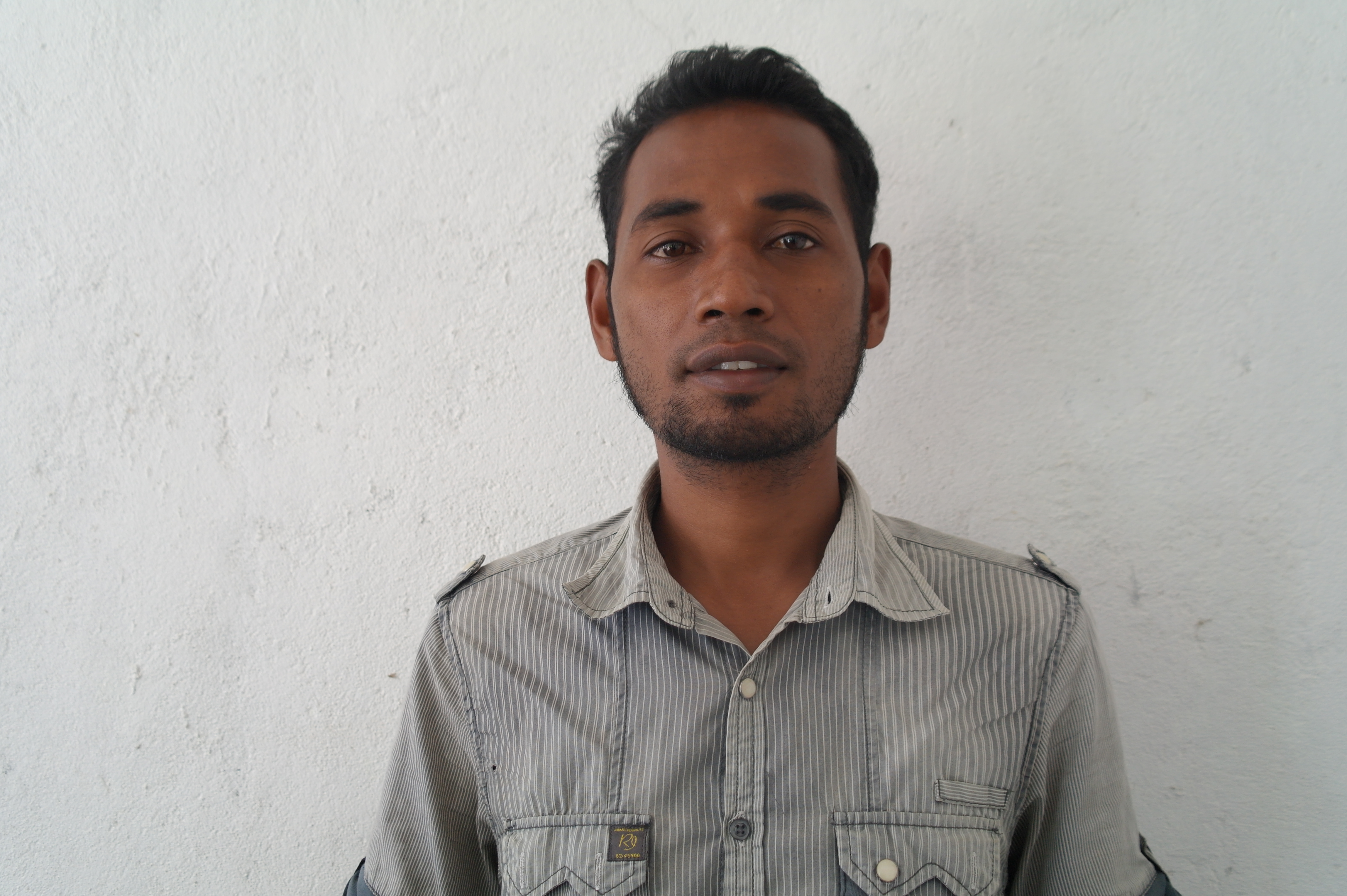 Ilde is a graduate of the National University of Timor Leste, where he obtained his degree in Political Science.  He has been a member of a local cultural performance group and is a highly skilled soccer player. Before working at MHI, Ilde ran a training program for local youth.  Since 2012 he has been employed at MHI on a range of projects including Fatauku Research project, the Lautem festival, the children's playground project, research on the relationship between ancient rock art and contemporary cultural practices in Tutuala district, and more recently the digitisation of a collection of traditional Fataluku sung poems. His skills are in intangible cultural heritage research, video editing, photography, information technology and project management. Contact Ilde: projects@manyhands.org.au. 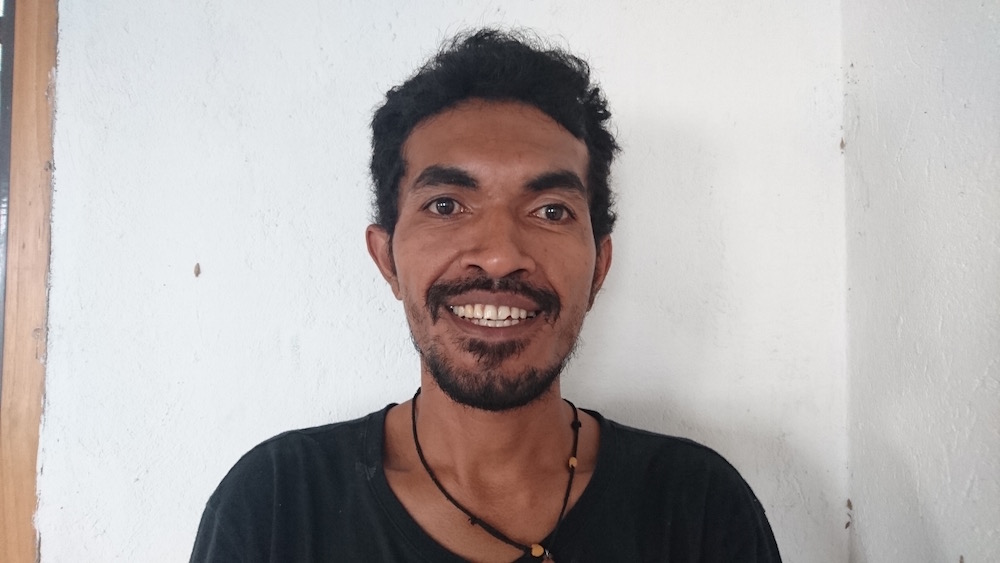 Cesario came to Many Hands after more than a decade of association with Arte Moris school and gallery in Dili, as a talented visual artist and teacher. Cesario's works appear all over Timor, including at Hotel Esplanada where they grace tabletops, and offer interesting vistas in the garden. Cesario has been leading the Youth Arts Program at Many Hands since August 2015. In this time, he has lead numerous youth art initiatives including an annual school holiday program, public art projects, community outreach programs, creative intergenerational projects, local, national and international art exhibitions, and youth excursions. More recently he has been developing his online communication skills, creating a range of online creative classes to enable him to reach a larger audience of young people. Contact Cesario: youth@manyhands.org.au 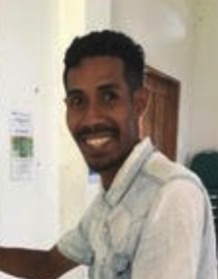 Danny joined the MHI team in 2020 and will work with us over a 12 month period to carry out the project Digitising the Valentim Collection of Vaihoho Sung-Poems, Lautem, Timor-Leste. This project involves the digitisation of a collection of Vaihoho song-poems and accompanying music from across Fataluku country, collected by Danny's father, Justino Valentim (deceased) between 1999 and 2014.  The project involves the digitisation of original documents, the preservation of the original material and community consultation and research. 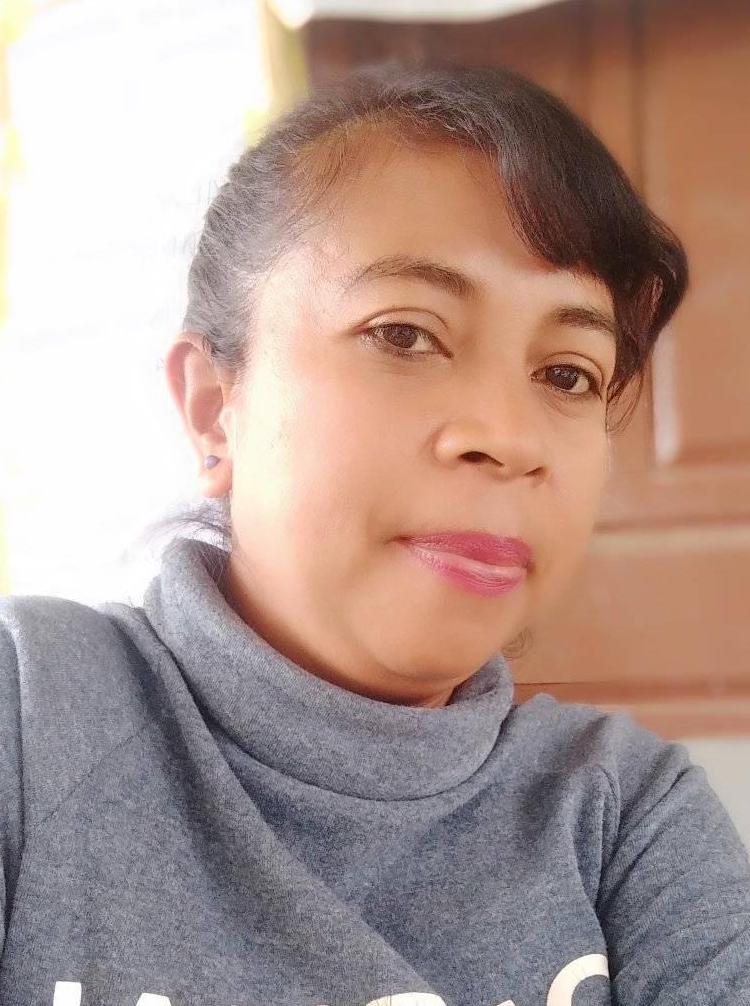 Khey had been a longstanding community cultural leader, running Lospalos-based cultural group Sanggar Haburas over more than a decade. These lovely young performers have collaborated with Many Hands on a number of projects including dance for health and wellbeing in 2013 and Our Culture, Many Different Stories project in 2012.  Khey was one of twelve Timorese women who participated in a study tour on Women's empowerment and combating gender violence through culture and media, in July 2015, organised by Erika Goldsmith, her dance group Kinetic Collective and Griffith University, Queensland. Khey and colleagues developed skills in a range performance modailities including dance, theatre, singing and film-making.  She also had the opportunity to tavel to Indonesia in early 2015 to be trained as a Zumba dance program leader, supported by MHI and Zumba Dili. Khey was employed by Many Hands as Festival Co-ordinator for the Lautem Cultural Festival between 2012 and 2013, and she continues to collaborate with MHI through her Zumba program in the Lautem Cultural Centre. 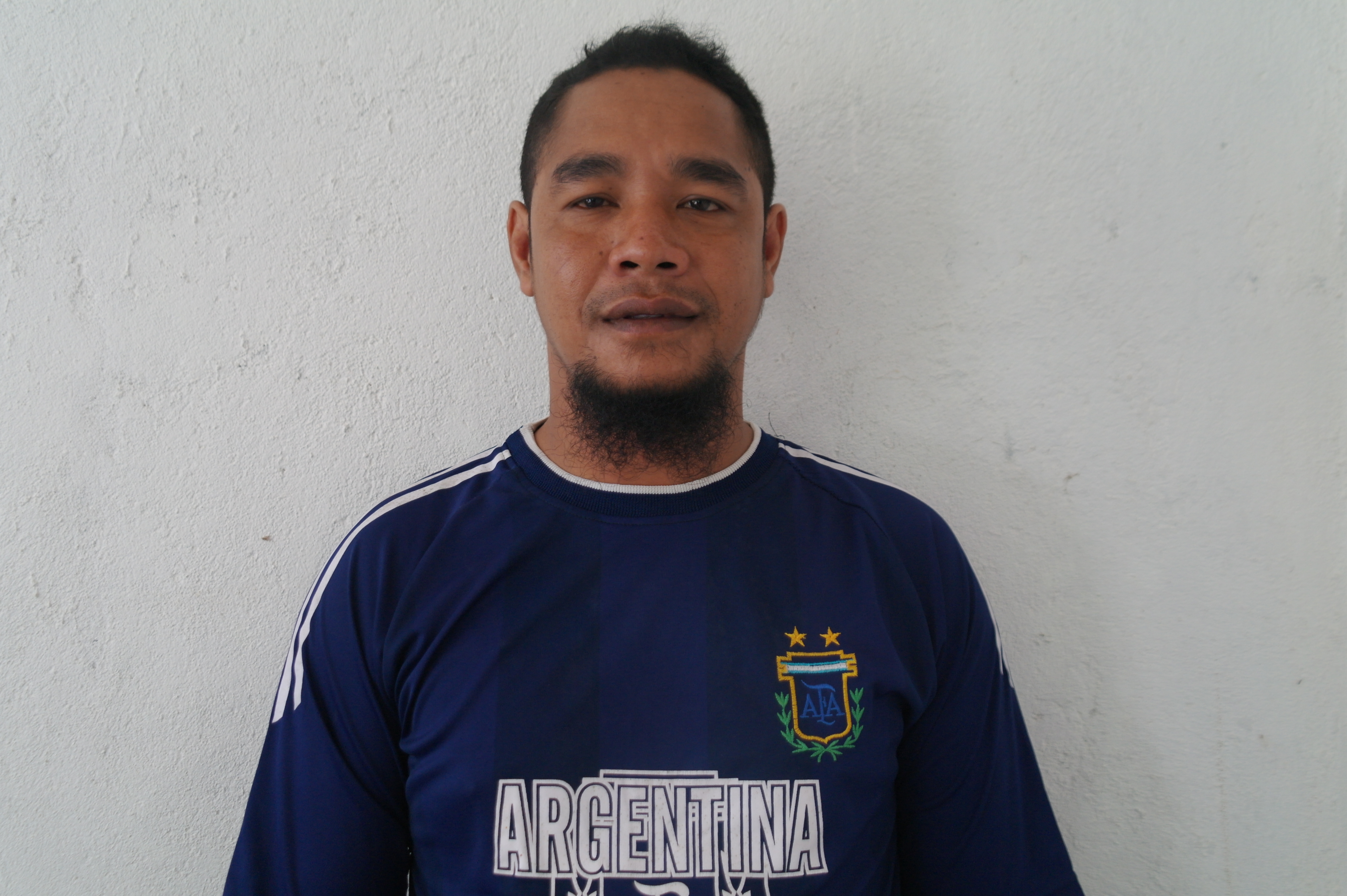 Rico started his working life in Dili as a distributor for a Chinese drug company and continued as administrator for the distribution of products across Timor Leste.  In 2006, Rico was a District Coordinator for recruitment of Election Observers in the Lautem District.  He has also worked on a Child Rights Monitoring Project for schools and, through drama activities, promoting to the Lautem sub-districts Timor Leste’s participation in the Human Rights Convention. Rico now contracts for Many Hands as a film editor and photographer.