This research sought to map intangible cultural heritage practices associated with rock art sites in Suku Tutuala, Lautem, Timor-Leste. The project supports the Secretariat of State for Tourism, Art and Culture, Government of Timor-Leste, in their ongoing investigation, safeguarding and promotion of the rock art heritage in the Lautem Administrative Post.

The Tutuala region in far eastern Timor-Leste is one of the richest regions of rock art in island South East Asia. More than 30 sites of rock art on cave walls include hundreds of painted images, estimated to be at least 2000-3000 years old. Traditional life is strong in this isolated region of the small island nation of Timor-Leste. Villagers enjoy cultural practices that have spanned generations, connecting the Fataluku people to their ancestors and stories of creation. Findings of this small research project indicate that cultural elements reflecting motifs of the rock art are still in regular use. Tais, traditional weavings used for ceremonial and practical functions, include the largest number of motifs. Images of the cloud, eagle mouth, horse, three boats and poria leaves regularly appear in tais woven in the area. Stories shared by elders connect the rock art with the images in the tais, as well as sacred objects and items not able to be depicted. A song in the vaihoho style, of unaccompanied call and response, is still sung about the rock art, although this is sacred (lulik) and is unable to be documented for public information. Villagers also know a voton, an ancient singing prayer, in which sailors call for safe passage. While they report that this song does not relate directly to the rock art, its themes connect contemporary villagers with ancestors who came from over the sea and depicted their journeys in drawings in the caves.

Read more in the report, or see the exhibition on-line:

Details of the exhibition 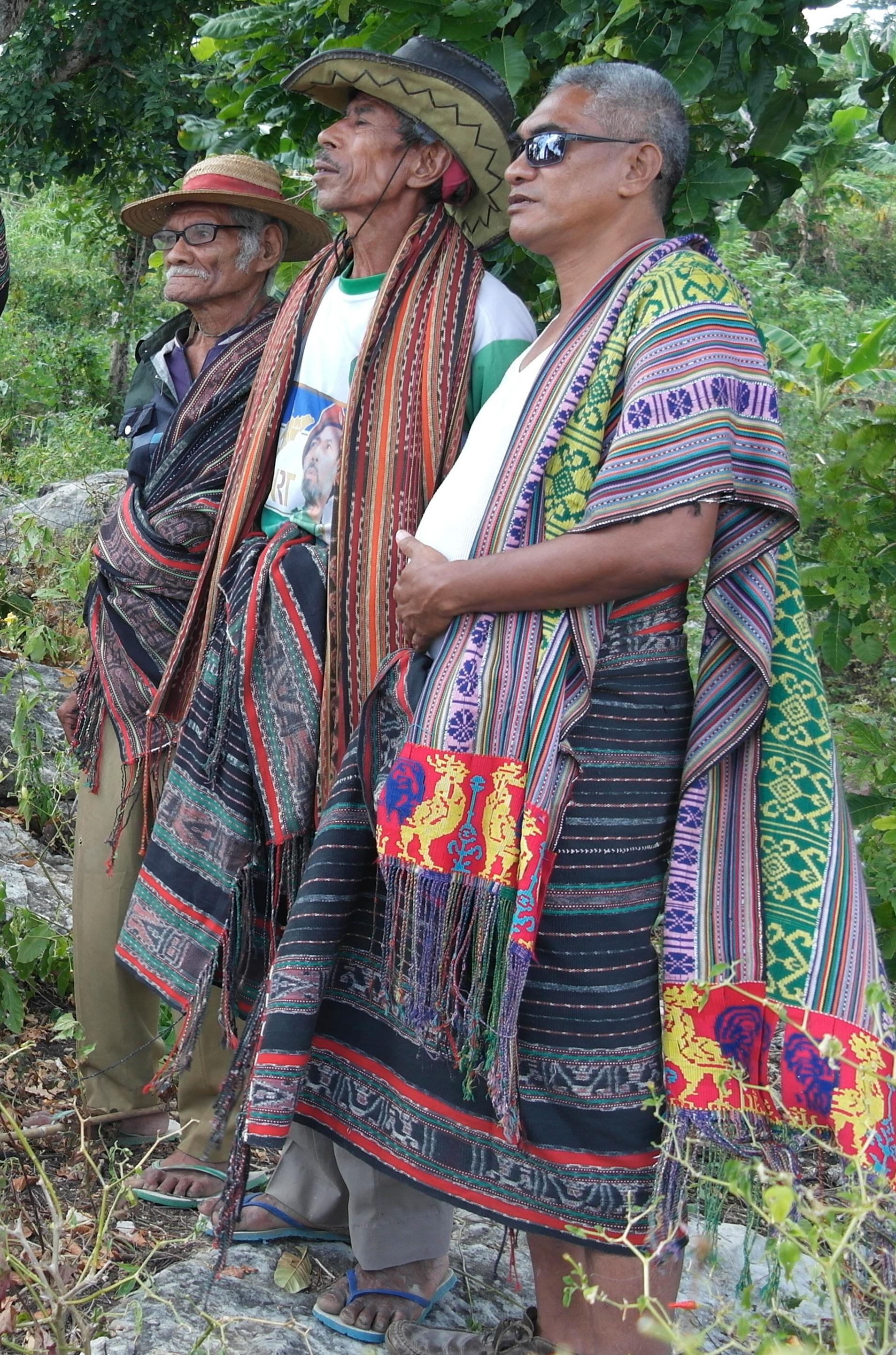